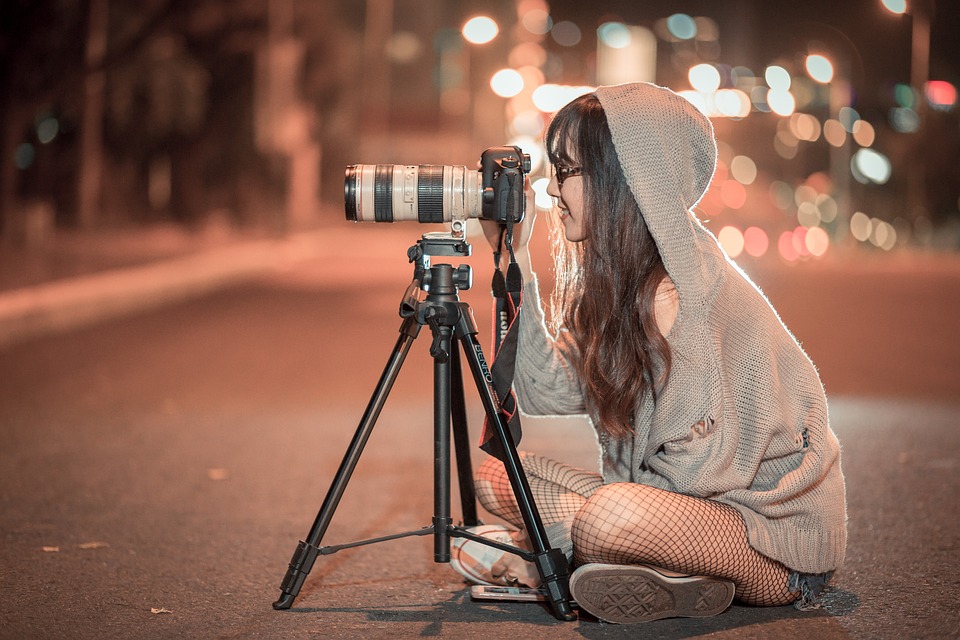 Learning how to take 3D photos may seem complicated (and even a bit futuristic), but we assure you that it is a reality. and it’s super easy! If you want to know how to take the best 3D photos and give your memories an original and unique touch, this post is for you.

Taking 3D photos is not complex, given the amount of original resources that are used to create content on social networks. Three-dimensional photographs give that extra touch to the images you publish and, best of all, they do not go unnoticed, so they are perfect to show them off on your various profiles.

In this article, you will learn how to take 3D photos, through your smartphone camera and by using some applications, specially developed to capture photos with this effect. join us!

what is a 3D photo? A 3D photo is basically an image that you can visualize in 3 dimensions, which has depth and movement. And without the need for virtual reality glasses or anything similar.

But how did this type of images start to become popular? Well, because of the content on Facebook. During the last few years, thanks to a function of this social network, three-dimensional photographs became one of the preferred resources of the platform’s users.

Similarly, brands also decided to join this wave of 3D photos, in their eagerness to achieve increasingly creative content, so they chose to give this nice effect to their graphics.

This 3D photo effect is possible thanks to an algorithm developed by a Facebook researcher named Johannes Kopf, who relied on the analysis of depth maps and small movements made by cameras and motion detection systems of smartphones.

This brought about that, nowadays, anyone has the possibility to take a 3D photo from their smartphone. If you are wondering how to take a 3D photo, we tell you in the next point. You will see that it is not as complicated as it seems.

how to take 3D photos?

Previously, to get a 3D image, you had to do something similar to the process shown by the Medium portal, that of “joining layers of two images of the same object and applying a special effect”. Now, in just seconds and with one application, you can get the same effect (and, we repeat, without the need for 3D glasses).

You’re probably already excited to start taking 3D photos left and right. However, you still need to know what items you need for this activity and how you can make sure you take the most amazing pictures.

The first thing you need to have on hand is a smartphone. While smartphones used to require multiple cameras to reconstruct the depth of a conventional 2D image, today, some smartphones, with a single lens, can also capture this type of photo.

In fact, Facebook itself provides a series of tips for taking a 3D photo regardless of the type of camera your smartphone has. Here are some recommendations for taking 3D photos.

1. Focus on the foreground

A very important point in the field of 3D photography is to capture objects in their maximum splendor. And, for this, it is important to use the right focus.

If you want to take 3D photos, ideally the depth of field between the main object and the background should be between 45 centimeters to three meters for conventional cameras.

2. be careful with some elements!

There are components of a photograph that you should be careful with, especially if you are interested in taking 3D photos. Here, every element within your frame is important, so make sure you take them all into account. 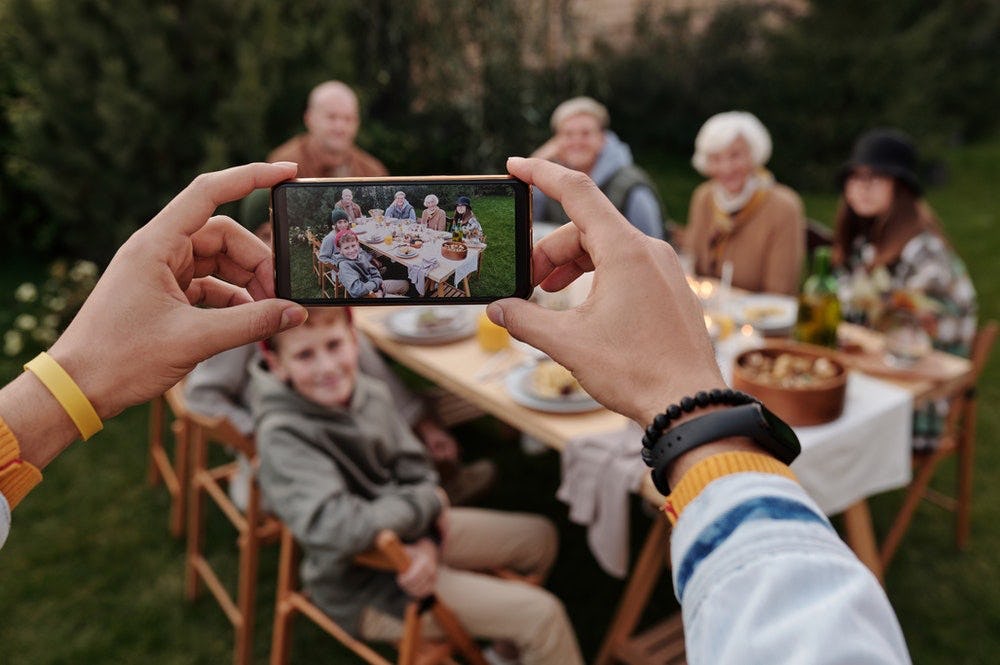 Usually, if you take a photo in an uncomfortable place or where there is a lot of movement, you are likely to get a blurry or low quality product in terms of details. And this, when taking a 3D photo, is even more serious.

In order to capture the moment and turn it into a 3D element, you need to make sure that the lens and camera are as stable as possible. Otherwise, the result will be a blurry photo, which will not be tolerable even in 2D.

Just as blurriness can ruin the quality of a photo, lighting is another factor to consider when taking your 3D photo (actually, when taking any photo).

A good angle can make the difference between a good and a bad photo. In any context, it is important to know how to locate the right angle to take a specific type of photograph.

You may or may not have noticed, but in 3D photos there is a specific angle. For example, if your main objective is a geometric figure, the ideal is to capture the image from an angle where the effect is best exploited.

There are other considerations you should take into account when taking your 3D photo. And one of them is transparency. what are we referring to?

Whether it is water or glass, having transparent elements in the image could alter the three-dimensional effect we are looking for. So you can do without them for this type of photos.

Yes, as you can see, only a smartphone with a camera is enough to achieve a 3D photo. However, although some social networks like Facebook have the possibility to promote your 3D photos, there are also apps that can help you achieve the desired effect. do you want to know what they are? 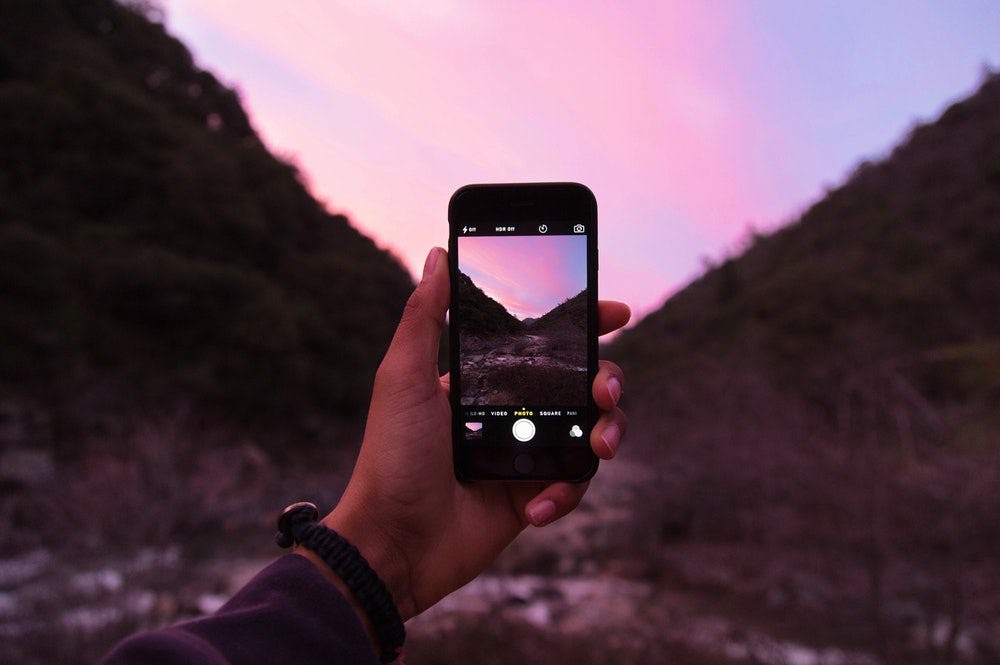 While smartphones already have enough technology to take incredible three-dimensional photos, how about turning your 3D photos into authentic works of art?

This is one of the most intuitive 3D photo apps you’ll find. To achieve a three-dimensional capture, it includes a powerful real-time 3D photo viewer, which will allow you to move around a photo with a lot of freedom.

LucidPix offers you two options. You can:

Generate a 3D image from your phone camera.

Use a 2D photo you have in your gallery (either Android or iOS).

It has a wide variety of options, such as frames and 3D filters, making it an excellent option to take into account.

Although its name is more related to taking 360° photos, this is also an application for taking 3D photos. To achieve an optimal result, you’ll just need your smartphone’s front camera and make a small movement, so you’ll be able to capture 3D selfies and spectacular 360-degree images.

Some of the functions of Vizo360 that can be very useful for you are the following:

You have the option to choose between two modes for your captures: Panorama and Free.

You can play with the filters you want, to get the desired effect.

This is an application to take 3D photos only available for iOS. Its interface is quite simple: select an image from your gallery and turn it into 3D, choosing the depth or blur of the background. you can also add various extra effects.

Among the great virtues of Parallax, we highlight the following:

Regardless of the type of camera, all devices are supported.

You can change the direction of your photos, whether you want them vertical, horizontal or even diagonal. 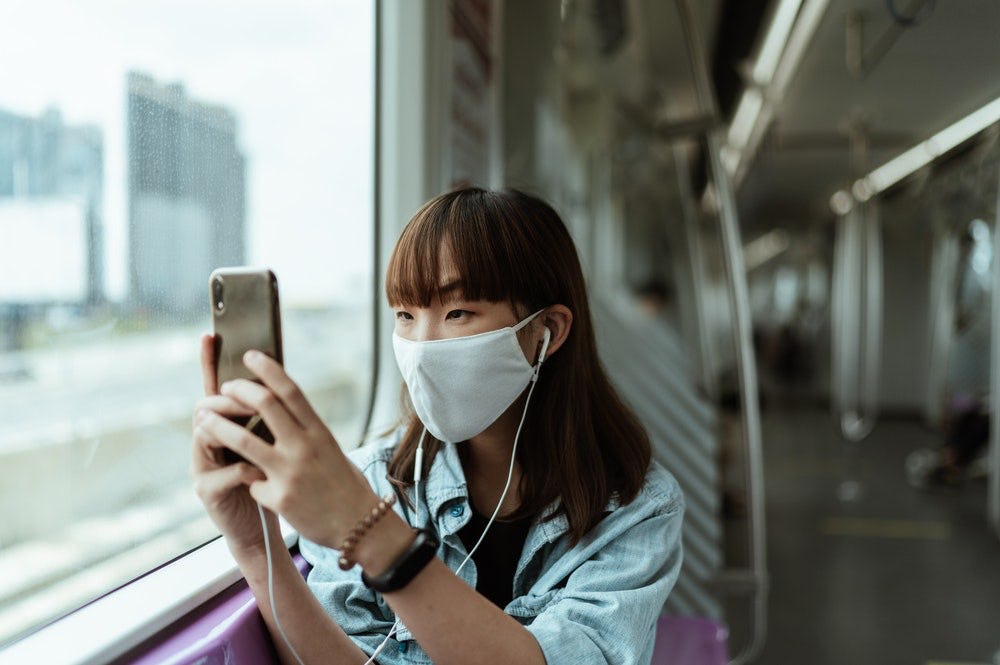 According to the developers, it’s an app “that changes the way we work with the camera,” and the app itself even rates the quality of your shots, plus you have the option to share your 3D photos with friends and family on social networks… and you can even create animated GIFs!

It is a very complete 3D photo app, available in a free version and a paid pro version.

Loopsie is an app for taking 3D photos available for iOS and Android that mixes the typical 2D photo with video, so that it creates a sort of animation with depth of field.

Among its main functions are the following:

One of the high points of this 3D photo app is that it has an integrated camera, which offers you to record videos and photos in Full HD resolution. It also has the ability to remove any hand shaking effects in your videos, so one less thing to worry about!

You already know how to take 3D photos and you must be wondering what the next step is. show them off! To do that, in the next point we will tell you how to post 3D photos on Facebook.

One of the 3D photo apps that will surprise you when you download it. Just install it and start using it and you will see the great effects you can create.

Not only does it allow you to take photos, you also have the possibility to create videos in 3D format and add visual effects to your photos. a real madness!

To start using this 3D photo app, just follow the procedure below:

Capture the space, as you can look at the image from different angles

One of the most important features of Camarada is that you have the option to synchronize 2 cameras of a smartphone to generate 3D videos. And, as if this were not enough, the app offers you the option to share and export these images to the various social networks where you want to publish your photos. 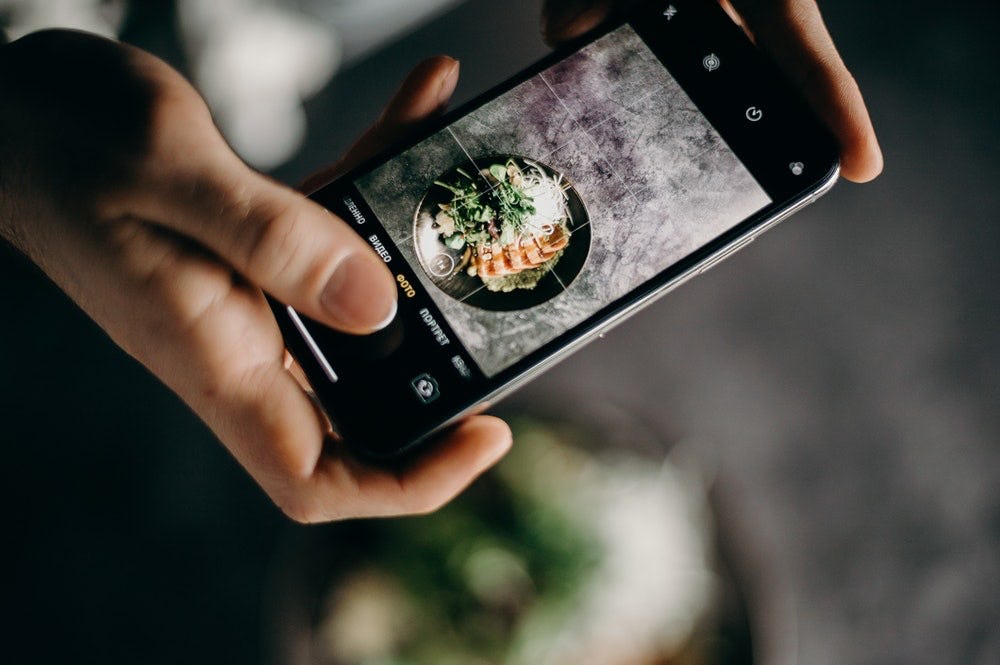 We raise the stakes with this app for taking 3D photos. what if you want a three-dimensional but panoramic image? Well, 3D Live Scanner is the option you should consider to achieve this.

Whether it is a common selfie or a panoramic image, you have the option of using this 3D photo app so you can give a unique and incomparable style to your photos.

how does this 3D photo app work? Like most of the ones we have mentioned in this post: take the photo and you have the option to zoom in or zoom out. This way, you can adjust the focus and achieve the perfect three-dimensional effect.

If you thought that this application could not surprise you, you’re wrong, because you have the option to add filters and other elements with which to give a more original touch to your photos. And if you bet on using an additional complement, such as a tripod, you can generate an impressive result with this app for 3D photos.

why are we talking about Facebook and we have been talking about this social network all this article? Because it is one of the main platforms that accepted this photo format and created the necessary tools for users to publish this type of content on their profiles.

3D photos have the incredible ability to attract attention, since, unlike conventional 2D photos, in a 3D photo we will find a new way to tell stories. 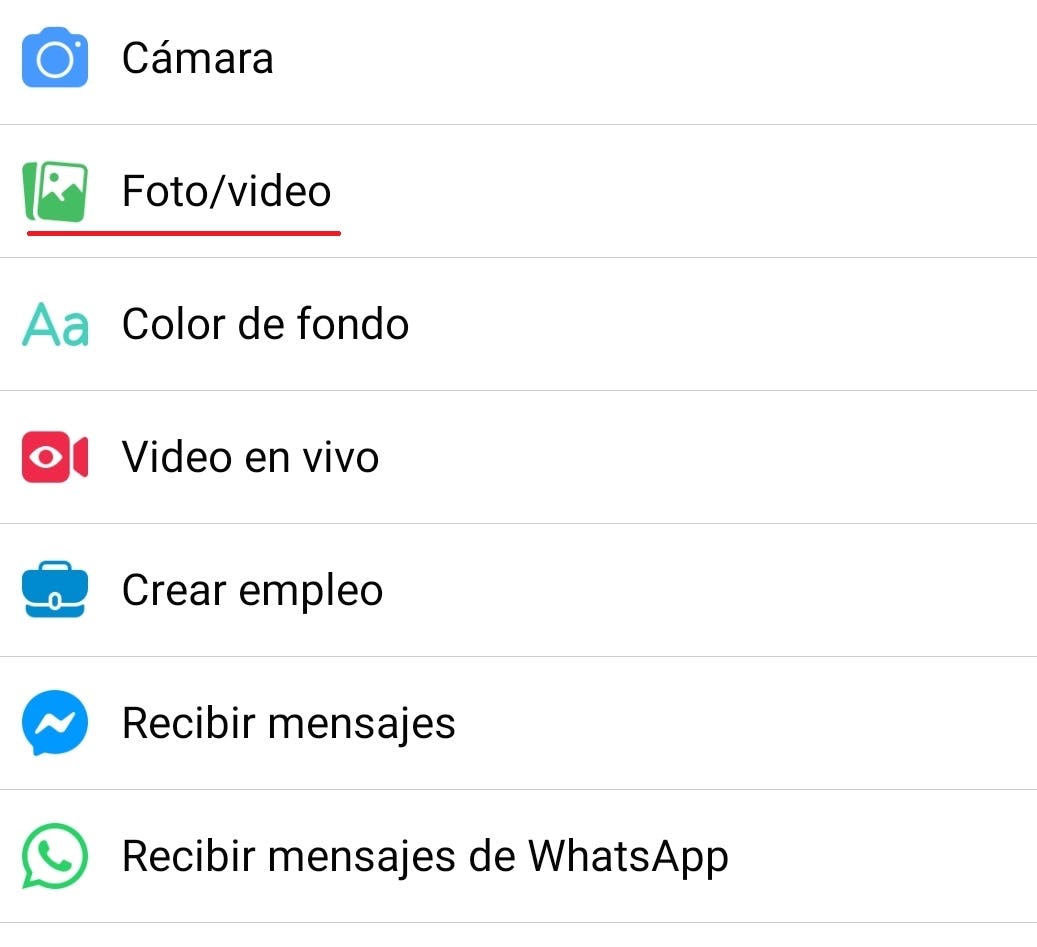 3.facebook will ask you to select a photo from your gallery. If it does not have permission to access your camera roll, a dialog box will appear in which you will have to accept. 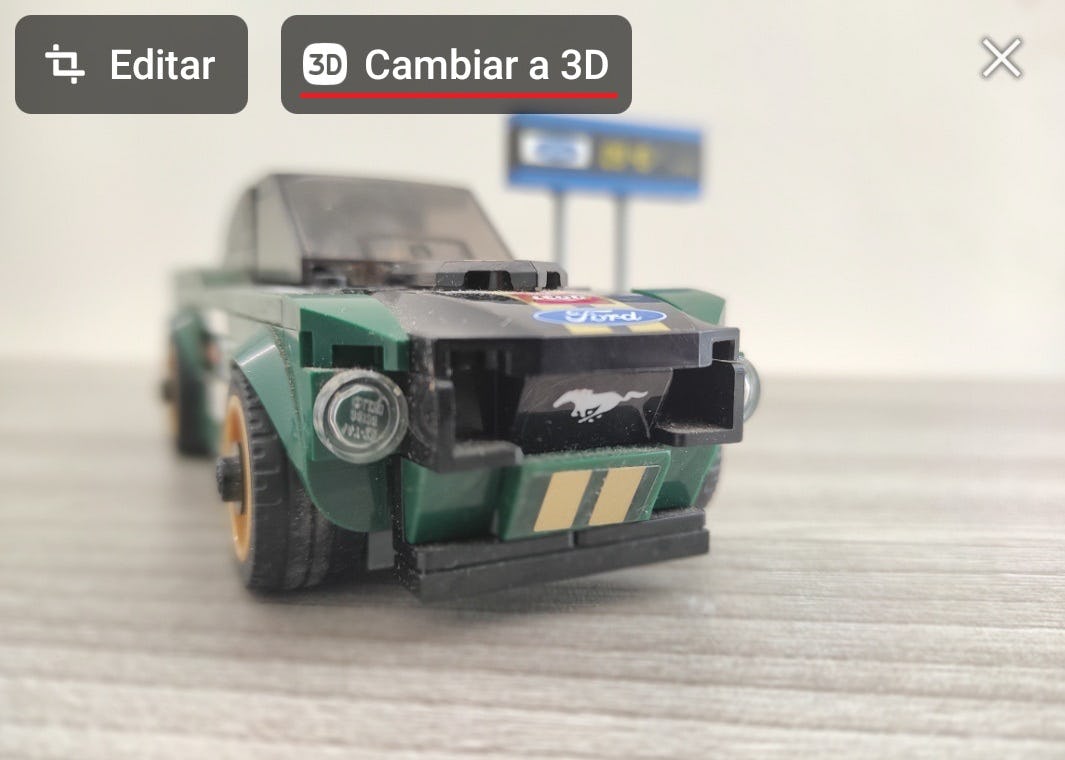 5.when you finish this step, you will be able to see that the photo has depth and movement. create an attractive copy and publish!

If you want to publish a 3D photo from your personal account, the steps are similar. The only difference is that, instead of “change to 3D” appearing inside the image, it will be attached and, in the lower area, you must go to effects and look for the 3D icon. list 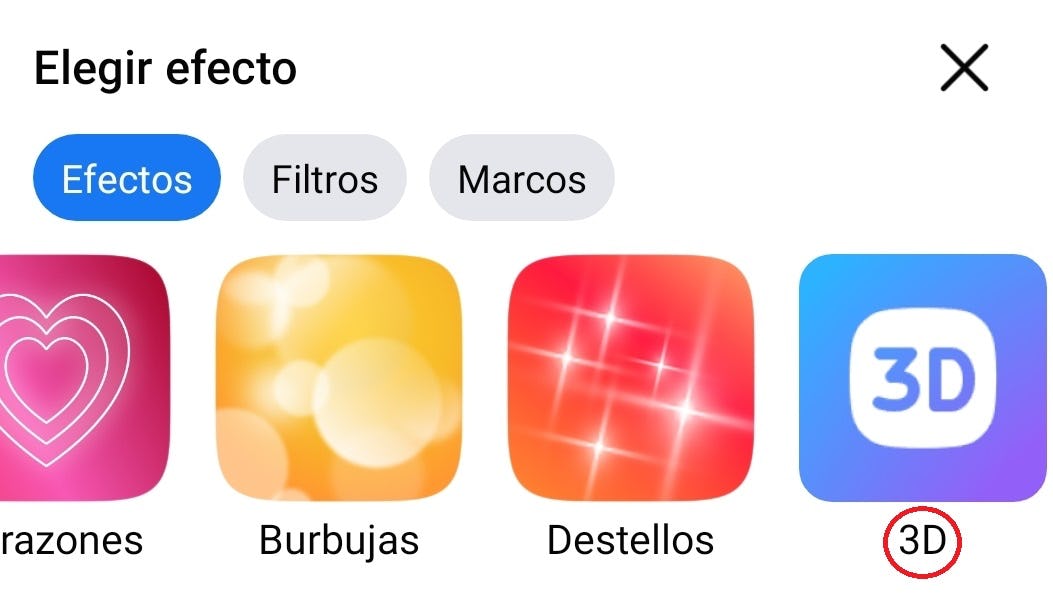 excellent! Now you know how to take 3D photos and post them on Facebook, but there are also other creative formats that you can use on other social networks such as videos, reels, among others.