The vanishing point is one of the most important concepts in composition. Whether we are talking about a photograph, a drawing, the plan of a building or the scene of a movie, the vanishing point is the resource that helps to give depth to an image, giving it perspective, harmony and even readability.

Knowing and putting this element into practice will be vital to dynamize any composition you make, so in this article we will explain what the vanishing point is, how it works and how you can apply it to your future works.

Our goal is to go from theory to practice, so we suggest you to enlist pencil and paper to begin to delve into one of the hearts of drawing.

what is the vanishing point?

The vanishing point is an imaginary point that occurs when two or more parallel lines meet in the same space, achieving an effect of three-dimensionality and guiding the person to observe a composition from a certain point of view.

Depending on the direction we want to set, the vanishing point varies, so there is no limited number of vanishing points, we can say, in fact, that the options are endless.

why is the vanishing point important in drawing?

Thanks to its use we not only achieve a three-dimensional effect to what we do, we also get that the composition manages to maintain its dimensions and proportions in a precise and natural way.

On the other hand, this technique helps to understand which are the light sources of the drawing, facilitating the application of lights and shadows and reducing the risks of a bad execution in the illumination. To check it, we invite you to look for drawings with vanishing point and without vanishing point, you will see that for the second case, the shadows are usually placed in the same places and in many occasions they do not make sense. 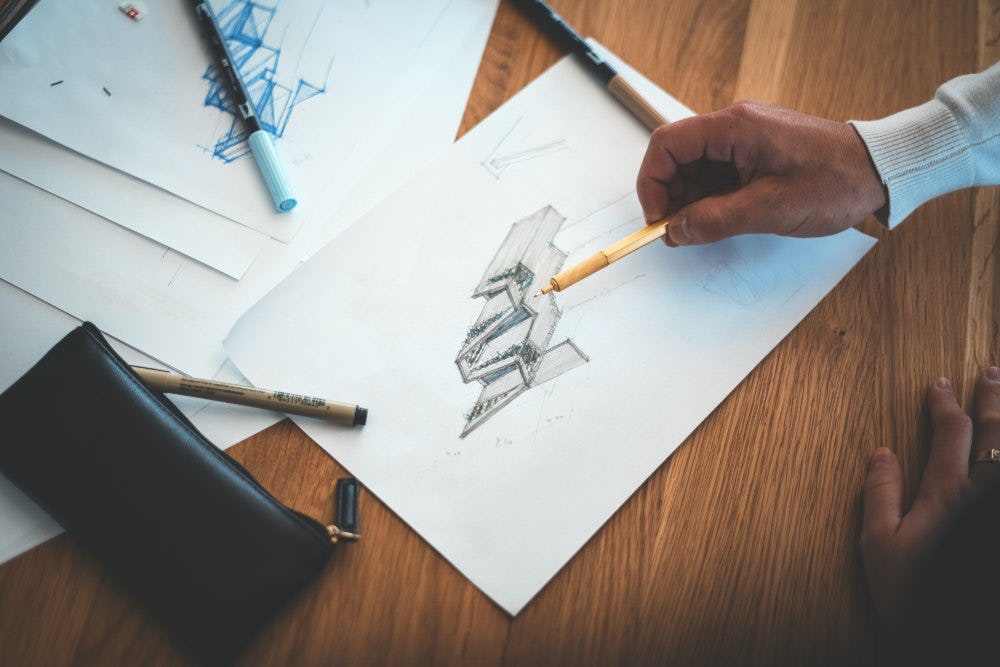 Regardless of the types of drawing we do, the vanishing point has the same logic and the same application, so we will only have to review what will be the most successful perspective for the composition we want to make, and how to use it to reinforce the intention we have in mind. Remember that these visual lines establish a sense of depth, so we can play with sizes and planes.

It should be emphasized that the vanishing point in architecture is one of the most important and basic elements, since thanks to this we can capture all the views from the moment of the sketch, so that we know how the bases are going to be established and what elements are needed to carry out a project.

The vanishing point and types of perspectives

For the realization of a drawing, one to three vanishing points can be chosen. Each point represents the three spatial axes that exist: X, Y and Z. The choice of vanishing point depends on the composition you decide to make and its complexity.

If you want to get a clearer idea about this point, you can imagine that the three axes we have just named are the edges of a cube and based on this, start developing some perspective exercises that will help you to go deeper into the different vanishing points.

Now, based on the directions of the orthogonal axes, we find different types of perspectives:

This is the simplest perspective you can find, it has only one vanishing point and it is perfect for beginners who want to have a first approach to this subject, or also for those who want to draw rooms and corridors.

how to make the frontal perspective?

Draw the horizon line and then mark the point where you want the vanishing point to be located. Think well where you want to fix the point of attention (usually, when you are starting to draw, it is located in the center) and put a point there.
Start drawing lines coming out of the vanishing point. Make as many as you need, taking into account the object you are going to draw.
Having these lines as a base, make the drawing to give it depth, and that’s it! You overcame the first challenge. 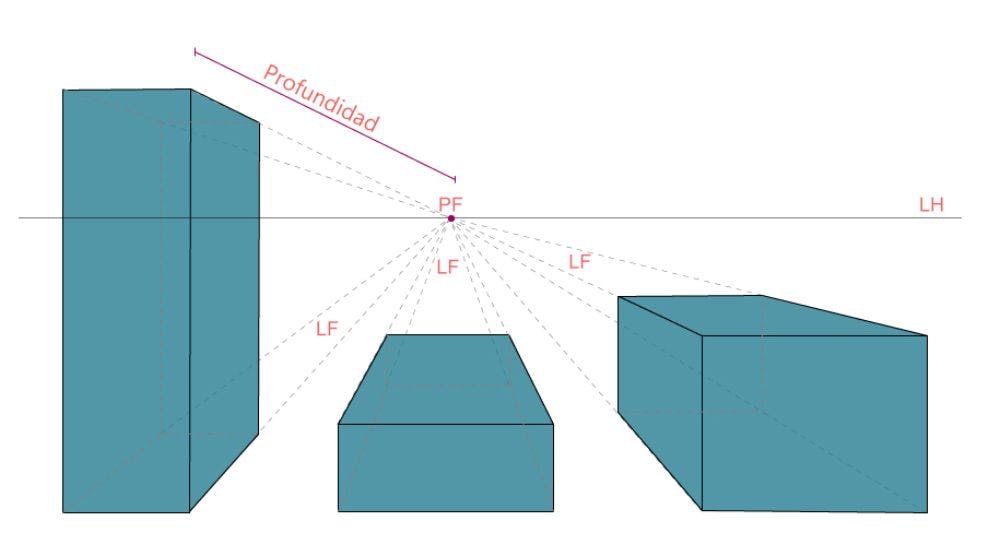 The bedroom in Arles is one of Vincent Van Gogh’s most famous works. With a single vanishing point the artist manages to represent his room in a three-dimensional way, giving depth to each of the elements and to the space itself. It is a very interesting work because although the view is given from the front, each object has volume. 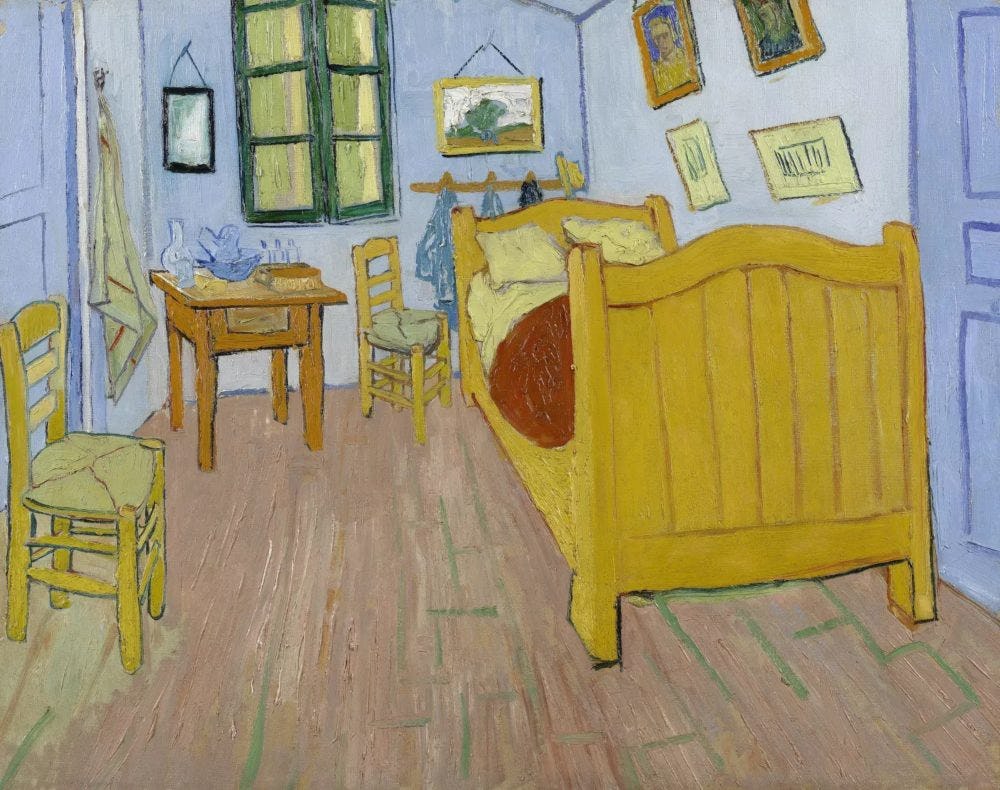 This perspective is characterized by having two vanishing points that are located at the ends of what we call horizon line and are perfect for drawing exteriors with buildings. The point of view is oblique to the two directions of the object to be drawn, generating a partially tilted view, like from a corner.

how to make the oblique perspective? 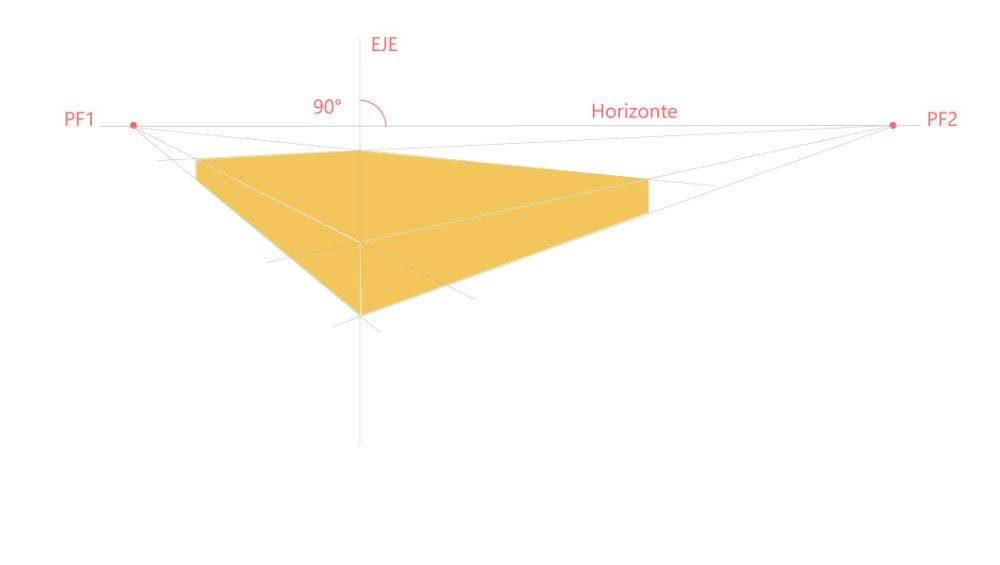 Crucifixion (Corpus Hypercubus) is a work by Salvador Dalí made in 1954. In this painting, the artist placed the horizon line in the background, leaving the two vanishing points outside the painting. Thanks to the oblique perspective, we can see two sides of the cross, seeing the cross and Christ with greater depth and relevance. 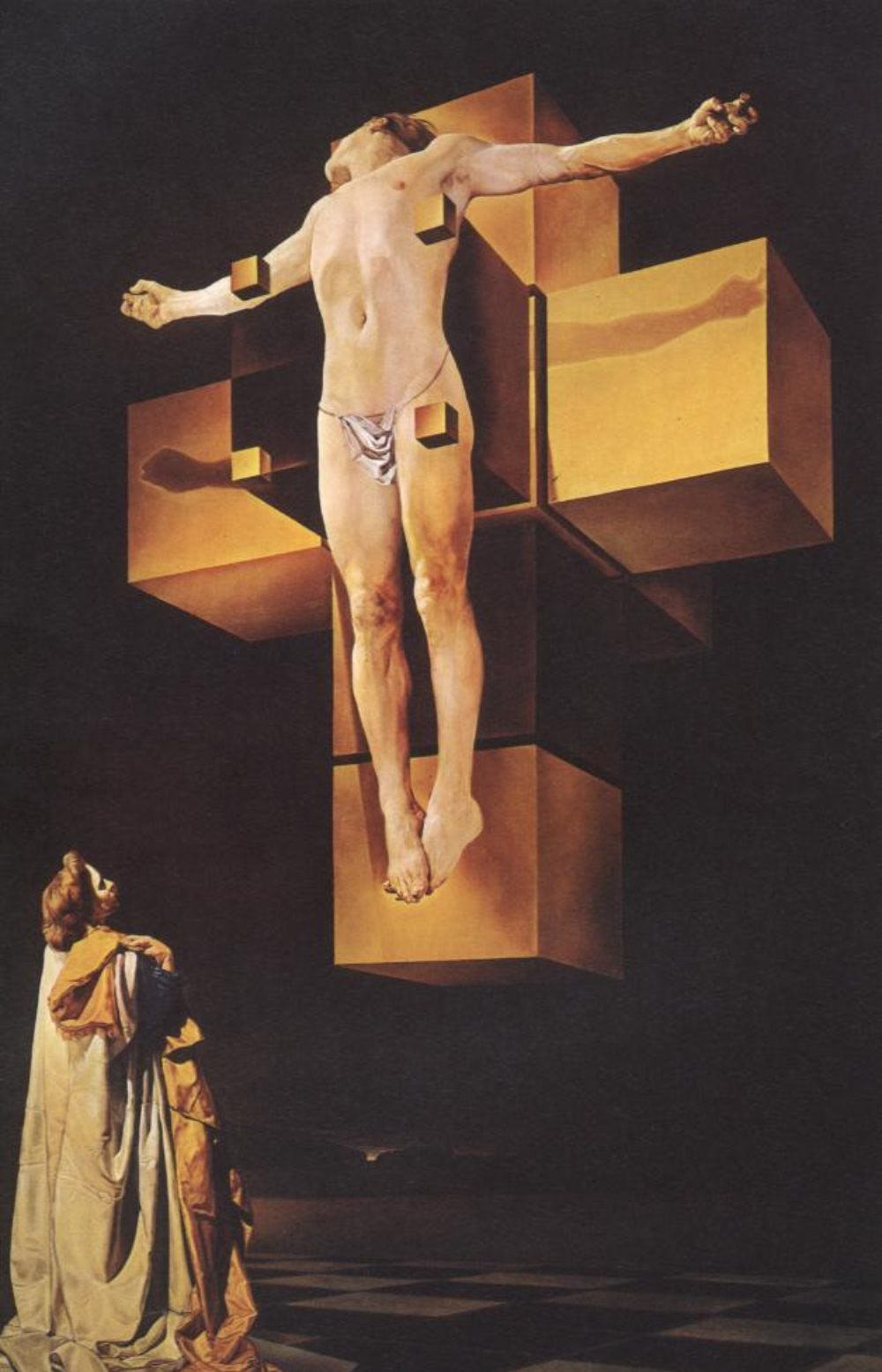 how to make the aerial perspective? 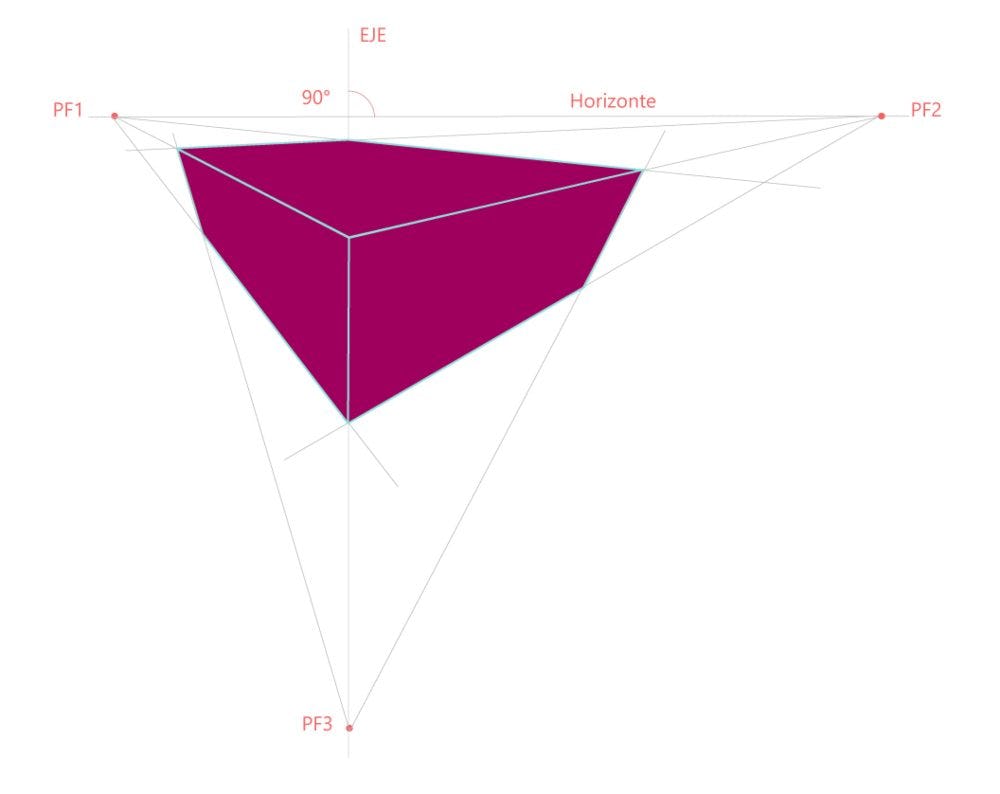 The perspective with three vanishing points allows us to see the building to the right, left and front sides, but also gives us a contrapicado point of view, that is to say, seen from the bottom up, giving the viewer a different perspective to those that we could commonly find if, for example, the building had a front view only. 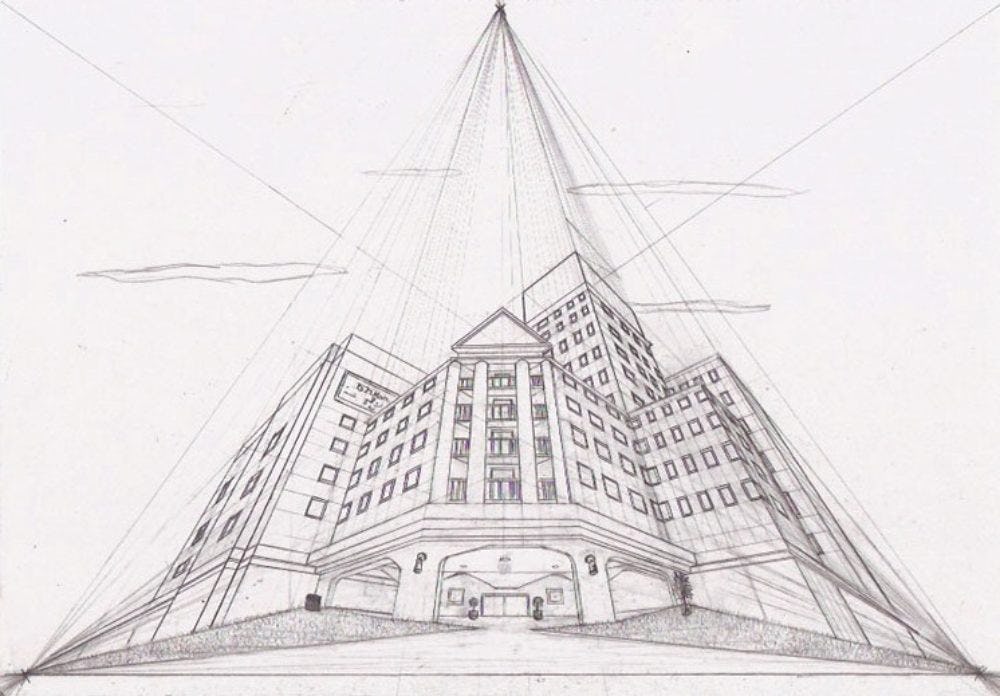 Inspiration, research and perseverance will make your paintings become masterpieces.